Where To Now? 5 What is God Saying to the Church?

What is God Saying to the Church?
#where2now

The last 6 months or so have seen many major upheavals in the world and the way we do life, this has also affected the church in many dramatic ways. The effect on peoples physical health through the pandemic, the turmoil in mental health also reaching epidemic proportions in many paces as well as major economic disasters affecting individuals, businesses, communities and national economies is unprecedented. All this added to travel, gathering and social restrictions have meant we have never encountered life like this before.

What is God saying to the church in all of this?

For the last 4 months we have interviewed a variety of leading Christian ministers from all over the world asking them their thoughts as relevant to their country and community. It certainly has been an interesting ride. In November we will be interviewing a younger generation of leaders to hear what they have to say about where the church is headed and what should we be doing now to prepare for the days ahead.

This is part of the Combined Christian Churches Victory meetings hosted by Beautiful Feet Task Force since 2010.

Young Leaders Across the Globe 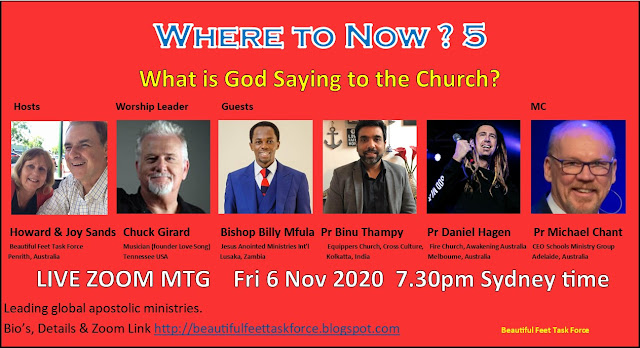 Chuck Girard is a pioneer of contemporary Christian music being part of the early Jesus People Movement coming out of California USA in the early 70's. Before founding the world renowned contemporary Gospel band 'Love Song' Chuck had been in secular bands 'The Castells" and "The Hondells" and lived a hippie lifestyle.
After surrendering his life to Jesus, Love Song became a world leading sound of the Jesus Movement coming out of Pastor Chuck Smith's Calvary Chapel church in Costa Mesa California.
Their classic debut album, Love Song (1972), is considered one of the greatest Christian music albums of all time. The group toured heavily in the early 1970s, becoming very popular both in the US and internationally. Chuck began a solo career and has since produced 10 solo albums and toured around the world including many times to Australia.
Chuck has a love for worship and helping people experience the deep love relationship Jesus wants to have with every individual.
Music and testimony available here http://www.chuckgirard.com/
Live facebook Sunday afternoon worship sets here  https://www.facebook.com/cgirardmusic
Speakers 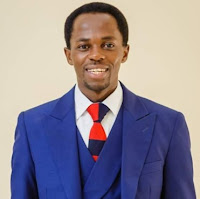 Bishop Billy Mfula is the overseer of Jesus Anointed Ministries International, with over 50 churches in Zambia, the forerunner of interdenominational city fellowship in the heart of Lusaka's town centre, he also holds mass evangelistic crusades in which thousands are lead to the Lord, Billy is the president of the Advocates for the Declaration of Zambia as a Christian nation, patron for Generation Impact Foundation, The World Changers and the Remnant Family.
He is CEO of Wisdom Resources Limited, Billiard Farm Products, Chrio Academy and Artos Bakery.
His weekly TV series on TBN, ‘Anointed Hour’, besides other media shows, have demonstrated that his coaching and mind moulding mentorship extends across borders where he flexes his motto, "To lead leaders who will lead other leaders."
Bishop Billy has begun the Institute of Mentorship, an effort to close down the void caused by lack of mentorship. His heart in this is to prevent further frustrations for many believers and leaders who need coaching, mentoring and spiritual coverage. Working of miracles, healing and deliverance regularly follow his ministry.
Pr Binu Thampy
Equippers Kolkatta, New India Church of God, Cross Culture.
Kolkatta, India 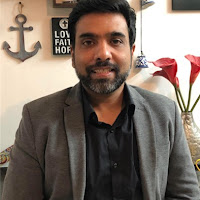 After completing Bible College in Australia in 2001, Binu returned to India and began his life in ministry. He started as, and still functions as, the National Director of the Youth Ministry of New India Church of God (a national church planting movement of approx. 3500 churches)  where he brought significant changes that transformed the face of the whole ministry.
Obeying the call of God in 2007, Binu and his wife Deena and their baby girl left their home in Kerala and ventured to Kolkata to fulfil the ministry call (an unfamiliar place for them). They started the ministry with nothing and now God has used them in a powerful way to initiate to 120 churches in the North East region of India.
They founded a ministry called Cross Culture to reach out to the less privileged in their region. Under Cross Culture, there are two homes for orphan children called Kolkata Tree House (KTH), there is a community development program called Freedom Centre, a school on the bus program catering to 150 slum children every day called Vision Rescue and Educare, a community based education and medical program.
Pastor Binu’s dream is that God will enable them in the next 20 years to establish a ministry base in 150 cities in the northern belt of India and the surrounding nations of the Indian Sub-Continent which could reach 150,000 villages and millions of people. To establish this vision, he has begun a training program for urban church planting called Bridge Institute of Strategic Missions (BISM).
In 2015 Ps Binu and Deena stepped into the role of Pastors of the city church, Equippers Kolkata with just a handful of people in the church which has now grown to over 200.
His heart is to see the nation transformed with the powerful gospel of Jesus Christ without denominational barriers, he also travels and ministers across the nation. He lives in Kolkata with his wife Deena and 3 children & 26 full time staff in Kolkata, there are 84 full time workers with Ps Binu in this region.
Pr Daniel Hagen
Fire Church, Awakening Australia
Melbourne, Australia. 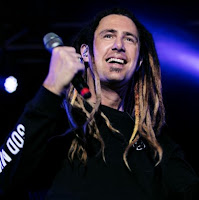 Daniel Hagen is a musician artist and global speaker with a sold out passion for the fame of Jesus spread abroad. As a musician he has performed at numerous Awakening Europe events. He is also the founder and senior pastor of Fire Church Melbourne, Australia which meets at 4 campus locations in Melbourne.
Daniel Hagen Discography

Daniel is associate director and music director of Awakening Australia
In 2003, Daniel Hagen radically surrendered his life to Jesus Christ in a powerful encounter that shook-up his world of sex, drugs, and rock ‘n’ roll. His heart was overrun with the love of God and his songs began to overflow with his affection for the Father. As a rising musician, on the verge of scoring a six figure record deal when he was told: “This industry is full of drug dealers and pimps so you need to stop talking about Jesus and stop singing about Jesus if you want any more funds invested into the band.”
Too deep in love with Jesus to go back, Daniel immediately walked away from the life of fame and fortune and pursued his true passion: the Father. Daniel began leading teams of every day believers out onto the streets, where they would preach the gospel and demonstrate God’s love through signs & wonders.
In late 2007, Daniel was released to go plant Churches. Now married to an incredible partner in the gospel, Daniel and Chelsea Hagen spent the following thirteen years planting and overseeing Churches in Queensland and Victoria. Today, Daniel is invited to minister to the wider body of Christ, is the Associate Director of Awakening Australia, and the leader of Awakening Music. He is blown away by how God has used him, and is convinced that God can use anyone who would give God their “yes.”
Together, Daniel and Chelsea are happily married with four children and are the senior ministers of Fire Church ministries in Seaford, Victoria.
MC 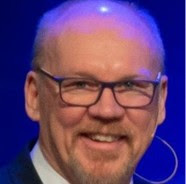 Pr Michael Chant is the CEO of Schools Ministry Group in South Australia, which makes a positive difference in the lives of youth through School Chaplaincy. He’s an experienced Chief Executive Officer with a history of working for Christian missions. His passion is to see people develop and reach their full potential in service to God.
Over the course of his career he has completed studies in both ministry and business practice, served on numerous mission boards and committees in Australia and overseas, and travelled to more than 50 countries on six continents. Along the way he has been a talk-back radio host, a senior Referee in his favourite sport, and loves to show Believers around the Lands of the Bible.
Hosts
Rev Dr Howard & Joy Sands
Beautiful Feet Task Force
Penrith, Australia 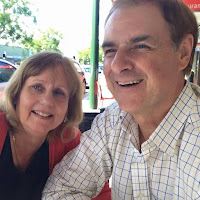 Howard is the founder and director of Beautiful Feet Task Force which recently celebrated 40 years of evangelism and leadership training in India, other Asian countries and across Africa. Howard has taken many small teams there to minister in evangelistic crusades and leadership conferences.
Howard & Joy started the Combined Churches Victory meeting in 2010 to help the church be all it could be and have brought ministers moving in the presence of God from all over the world to participate in this event with local pastors and leaders. Since lockdown restrictions due to Covid-19 the meeting has been online with zoom and introduced a variety of cutting edge leaders from many countries.
As  well as pioneering 2 Australian churches, they have ministered in churches across Australia, India, Sri Lanka, Indonesia, UK, U.S.A., U.A.E., N.Z., Hong Kong, Fiji, Romania, Uganda, Kenya, Tanzania, Burundi, Ghana, Cameroon, Togo, Benin, Nigeria, Malawi, Zambia, South Africa, Singapore and China.
Howard's passion is winning the lost to Christ, teaching believers to be mature followers of Christ and bringing unity across the church.
BFTF runs a social media platform, Africa Network BFTF, for ministers of all kinds in Africa and those interested in missions to Africa. His recent book, The Foundations, helps to establish new believers and is the basis for a video teaching series to establish Africa Network Ministry Training School.
Facebook     YouTube     Africa Network BFTF      Amazon      Patreon
Where to Now?
Click this link to Register here
and Join the mail list for this topic.
An email will be automatically sent to you with the zoom link.
You will also receive occasional email invitations and reminders to future special events associated with this topic as released by Beautiful Feet Task Force through partners, associates and ministries we relate with from around the world. You can unsubscribe at any time.
You may also like to mark your attendance on Where to Now?5 Facebook event.
https://www.facebook.com/BeautifulFeetTaskForce/events/
TONIGHT'S OFFERING
1. PayPal – The safer, easier way to pay online!
Use PayPal or Debit or credit cards
https://bit.ly/VictoryMtg  Mark your donation NOV20
(debit & credit cards - VISA & MC accepted)
or
2. Bank account Direct Deposit
Beautiful Feet Task Force
Commonwealth Bank of Australia
BSB 062 614
Account 0094 0442
Mark your donation- NOV20
PARTNERSHIP
Considering partnership with Beautiful Feet Task Force to get the word to the world, win the lost whatever the cost, work for maturity and unity across the church. Check out the Patreon page.
PREVIOUS EVENTS
videos are available at BFTF YouTube Channel here.
https://www.youtube.com/user/VideoBFTF
Subscribe to YouTube channel get notifications as new videos are added.
Posted by Howard Sands at 17:05