What would we think of our elite athletes if they didn't give a 100% effort ?
If they didn't train thoroughly, rigorously, if they didn't eat right, sleep right, give it everything they've got, and then some. 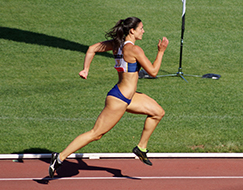 People figure they're doing fine if they get close.

Excellence gets reduced to acceptable,
before long acceptable is not worth the sweat,
before you know it mediocrity sets in.

What would happen if 99.9% were good enough?
The US Inland Revenue would loose 2 million documents this year.
12 new babies would be given to the wrong parents -every day.
291 pacemaker operations would be performed incorrectly.
20,000 incorrect drug prescriptions would be written.
114,500 mismatched pairs of shoes would be shipped.

If God thought 99.9% were good enough some verses of Scripture would have to be re written
eg
Isa 1:18 Come now, and let us reason together, saith the LORD: though your sins be as scarlet, they shall be as light pink;

Mat 19:26 But Jesus beheld them, and said unto them, With men this is impossible; but with God most things are possible.

He has not withheld anything from us.

Rom 5. 8 While we were still sinners Christ died for us.
Sin (the vile, the corrupt, the abusive, the hateful, the perverted, the selfish) the thing that separates us from God. Gal 5.19/21.
The wages of sin is death. Rom 6.23

God gave up his son to pay the price for you and me.
Rom 8:32 He that spared not his own Son, but delivered him up for us all, how shall he not with him also freely give us all things?

Jesus gave up his position with God to be made in human form - how degrading.

Phil 2:6 Who, being in the form of God, thought it not robbery to be equal with God: But made himself of no reputation, and took upon him the form of a servant, and was made in the likeness of men: And being found in fashion as a man, he humbled himself, and became obedient unto death, even the death of the cross.

Jesus said, It is good enough for the student to be like the master Matt 10.25

Peter thought he'd given up everything for Jesus.
Mark 10.28/30 Then Peter began to say to Him, “See, we have left all and followed You.”
29 So Jesus answered and said, “Assuredly, I say to you, there is no one who has left house or brothers or sisters or father or mother or wife or children or lands, for My sake and the gospel’s, 30 who shall not receive a hundredfold now in this time—houses and brothers and sisters and mothers and children and lands, with persecutions—and in the age to come, eternal life.

Jesus response - you will receive 100 times as much in this present age.

eg Raymond Lull
Although often disappointed by high officials, Lull was tireless in the pursuit of his project.
Finally, he received permission to initiate professorships of Oriental languages at the universities of Paris, Oxford, and Salamanca. He longed to see the entire church vitally involved in missions, setting aside its best preachers as missionaries, equipping them with linguistic skills, and devoting a tenth of its wealth until the world was won for Christ. He wanted to be personally involved.

To prepare himself, he studied Arabic for many years.
With books and baggage stowed on board, Raymond Lull's ship set sail for North Africa but Lull remained on the dock!
He was frozen with fright.
Only when he boarded another ship for Africa was his peace of mind restored. Lull would never balk in the face of danger again. 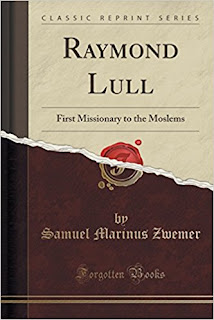 In Tunis, Lull debated so vigorously with Muslims that he was arrested and sentenced to death. Lull's sincerity eventually saved him from death, but he was put on board a ship for home and told never to return to Tunis.

Undaunted, he escaped from his ship and continued to teach his converts in hiding. The Muslims in Africa had captured his heart. Lull ventured once more into North Africa.

He was asked once how he could be so bold. Lull, once so fearful, replied: "Death has no terrors for a sincere servant of Christ who is endeavouring to bring the knowledge of truth."

In ensuing years, Lull was imprisoned, deported again, shipwrecked and finally, around age 80, stoned to death in North Africa, the year was 1312.

How different would the world be now if more had followed him and taken up the cause of missions then.

Considering what he has done for us, how can we not give him every ounce of time/ love/ energy/ money/ possessions. 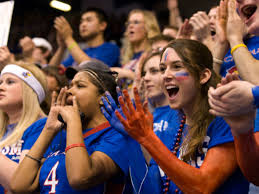 I've often wondered what would happen if people were as intense and committed and determined about the church of Jesus Christ as they are about sports.

This was illustrated some years back in a Moody Monthly piece which illustrated the twelve excuses someone might use for 'giving up going to sports matches.'
The analogy isn't hard to figure out.

12 Excuses
12/ Every time I went, they asked me for money.
11/ The people where I sat didn't seem very friendly.
10/ The seats were too hard and not comfortable.
9/  The coach never came to call on me.
8/  The referee made a decision with which I could not agree.
7/  I was sitting with some hypocrites - they came only to see what others were wearing.
6/  Some game's went into overtime, and I was, late getting home.
5/ The band played songs, that I had never heard before.
4/ The game's are scheduled when I want to do other things.
3/ My parents took me to too many games when I was growing up.
2/ Since I read a book on sport, I feel that I know more than the coaches anyhow.
1/ I don't want to take my children, because I want them to choose for themselves what sport they like best.

I've come up with a few more:-

God will assume total responsibility for the life totally yielded to him.
~Andrew Murray.

Be radical, give your life to Jesus - all of it.
Rev Dr Howard Sands

Rev Dr Howard Sands is the International Director of Beautiful Feet Task Force, is available as a speaker for churches, outreaches, business & missions.

For more details or to book Howard for your college, church or event see how to frame an invitation here.


If you would like to assist BFTF in its mission to equipping Africa Network Bible College with chairs, tables, beds, linen, cupboards, filing cabinets etc etc so they can equip ministers with the word of God to empower their own generation you can donate to BFTF here.