I read a challenging piece recently by Dr Bernard Etta when speaking of the 7000 prophets who had not bowed the knee to Baal (1 Kings 19.18); he said. "I have no respect for such prophets who lived in a nation taken over by Idolatry and evil but chose to remain silent. Not bowing to Baal is good, but not enough to transform a society or nation. True prophets confront the idolatry in the land and speak again sin in both high and low places with a vision of taking back the nation for God. You don't need 7000 prophets to change a nation, just one true prophet is enough."

A little similar to today's church I believe, 'and the love of many will wax cold.'
They say they are believers but when it comes to issues of sin and righteousness and judgement they are cold and silent.

It has been said "all that is necessary for the triumph of evil is that good men do nothing," (often attributed to Edmund Burke but disputed) how true it is.  Burke also said, "Nothing is so fatal to religion as indifference."
If 7000 prophets who had not bowed the knee to Baal had spoken up, how different might the situation have been. If millions of 'so called' Christians learn to live with evil in the world and around them in their community instead of denouncing it and setting aright the ills of society, what will be the outcome of the Jezebels?

Today we have professing believers filling church pews with no moral fortitude, Jesus said, "These signs shall follow them that believe" Mark 16.17 our churches seem to be full of those with only the "DO NOT DISTURB" sign around their necks, dare we say that many of our churches are filled with unbelieving believers?
To believe in Christ is to follow Him and be His disciple; "I tell you, whoever believes in me will do the works I have been doing, and they will do even greater things than these, because I am going to the Father." John 14.12
Are we doing the works?
Are the signs following?
Are we expecting the signs to follow?
or have we just become humanitarian tolerants?
The words of Christ command obedience, if obedience to His way is not there, are we in fact His disciple at all?
Society will always have its malevolent, those intent on their own perverted gain at the expense of good morals and judgement, its wicked, evil and sinister plotters to bring down anything that is upright, moral, good or godly for it is an affront to them, for they desire to remove any semblance of righteousness or God from their lives, for then (in their minds only) their is no account to give to God.
It is encumbent upon us to heed the warning given by God to Ezekiel, “Again, when a righteous person turns from their righteousness and does evil, and I put a stumbling block before them, they will die. Since you did not warn them, they will die for their sin. The righteous things that person did will not be remembered, and I will hold you accountable for their blood. But if you do warn the righteous person not to sin and they do not sin, they will surely live because they took warning, and you will have saved yourself.” Ezekiel 18.26/27
Society in many nations (not restricted to western nations) is crumbling for lack of absolute values, where everything is questioned and many outcomes are questionable, it behoves those that have the truth that delivers (and has delivered for thousands of years for those that follow it,)  peace, stability, prosperity and godliness to share it with those of the community hellbent on destroying righteousness in society and themselves along with it to a torturous hell for those who reject God. 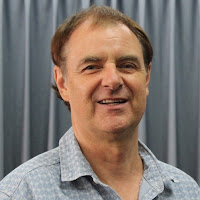 Dr Howard Sands is the International Director of Beautiful Feet Task Force, is available as a speaker for churches, outreaches, business & missions.

For more details or to book Howard for your college, church or event see how to frame an invitation here.

If you would like to assist BFTF in its mission to equipping African and Asian ministers with the word of God to empower their own generation you can donate to BFTF here.