Hebrews 3.2 He was faithful to the one who appointed him, just as Moses was faithful in all God’s house. 3 Jesus has been found worthy of greater honor than Moses, just as the builder of a house has greater honor than the house itself. 4 For every house is built by someone, but God is the builder of everything. 5 Moses was faithful as a servant in all God’s house, testifying to what would be said in the future. 6 But Christ is faithful as a son over God’s house. And we are his house, if we hold on to our courage and the hope of which we boast.
2 He was faithful to the one who appointed him,
He did the job He was sent to do.
Even though in his humanity he said “let this cup pass from me”
Faithfulness is virtue that is fading in our society, but highly sought after, Why?
Because it’s a kingdom principle.
What is it?
To be one that can be counted on
To make your word your bond
To do what you are asked
To be reliable,
To not flinch from responsibility
Bonded to the cause
You will put yourself out and be inconvenienced so that that someone else is not let down or disadvantaged.
just as Moses was faithful in all God’s house
Although he objected to the call of God at the burning bush he fulfilled the call.
When God threatened to destroy Israel all because of their sinfulness,
Moses said he would rather be cut off from God and let the people go in.
Moses was highly revered, essentially the founder of Judaism 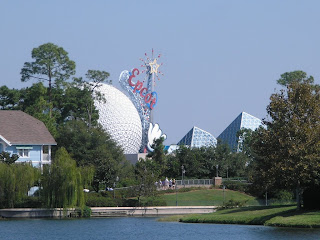 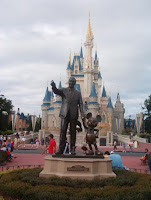 But its designer and builder was Walt Disney,
a man of vision,

Great as Epcot is - Walt Disney is greater.


5 Moses was faithful as a servant in all God’s house, testifying to what would be said in the future
Moses was not only a visionary leader of the day but also a prophet,
He was a type of the coming Christ
As a servant he had no ownership over the house, he was following his masters bidding
6 But Christ is faithful as a son over God’s house
Although on earth subject to His Father, the House is His.
Father and the Son are one.
And we are his house, if we hold on to our courage and the hope of which we boast.
We are the ones being shaped by His love
Built by His grace
Transformed by His mercy
Prepared as His bride
Eph 5.25-27
25Husbands, love your wives, even as Christ also loved the church, and gave himself for it;
26That he might sanctify and cleanse it with the washing of water by the word,
27That he might present it to himself a glorious church, not having spot, or wrinkle, or any such thing; but that it should be holy and without blemish.
Hold on to this Hebrews 10.23-24
23 Let us hold unswervingly to the hope we profess, for he who promised is faithful. 24 And let us consider how we may spur one another on toward love and good deeds.
Are you living a life of faithfulness?