Where to Now?3 -The Kingdom Speaks

Where to Now?3 - The Kingdom Speaks
What is God Saying to the Church?

Following on from the powerful encounters of the first two Where to Now? programs in July and August 2020 and the ongoing and ever changing saga of the current health crisis, economic impacts and movement restrictions around the world, it is important we continue to explore what leading apostolic voices around the world have to say about what God is saying to His church.

Where to Now? 3 takes us to new voices from many nations in short interviews as a part of the ongoing Combined Churches Victory meetings that BFTF has hosted for over 10 years. 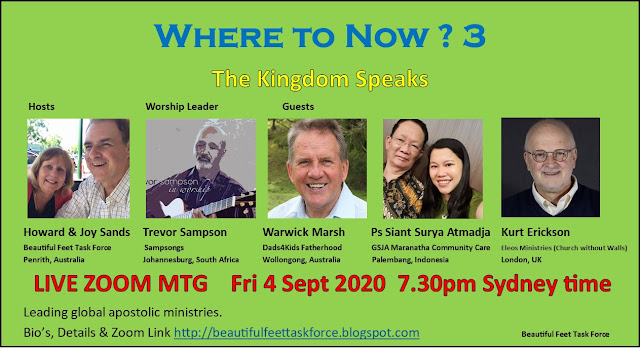 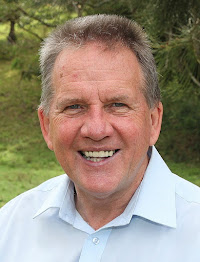 Warwick and Alison Marsh have been married since 1975, they have 5 children and 8 grandchildren,  He is a family & faith advocate, social reformer, musician, TV producer, writer and public speaker.
Prior to founding Australian Heart Music in 1988 Warwick worked in the building industry.
In 1990 Warwick left the building Industry and with his family traveled extensively throughout Australia performing in many aboriginal communities, country towns, schools, pubs, jails and churches. Their musical family also traveled around the world performing their original music and sharing the message of faith, family, hope and love.
Together with his family they recorded seven albums and produced many others and from 1995-98 Warwick worked with Indigenous Australians whilst coordinating the Praise Corroboree which was an annual event featuring prayer and reconciliation held in Parliament House in Canberra.
In 1998 he received a Father of the Year Award in the NSW Parliament.  In 2001 Warwick received a Centenary Medal from Australia’s Prime Minister for his Mission work and his work with Aboriginal people and youth.
In 2002 Warwick & Alison Marsh established the Dads4Kids Fatherhood Foundation to encourage fathers and promote excellence in fathering through web, TV, radio, research and policy development, educational programs and training the trainer.
In 2010 Warwick Marsh, in cooperation with many other faith leaders, drafted the Canberra Declaration to support family, faith, life and freedom. www.canberradeclaration.org.au The Canberra Declaration website and regular email now has over 80,000 signees.
In 2011 Warwick Marsh, with other faith leaders who are passionate for prayer, helped establish the National Day of Prayer and Fasting. www.nationaldayofprayer.org.au
Warwick is a leader in the Men’s and Family Movement and he is well known in Australia for his advocacy for children, marriage, manhood, family, fatherhood and faith. Warwick is passionate to encourage men to be great fathers and to know the greatest Father of all. The father in whom “there is no shadow of turning.” 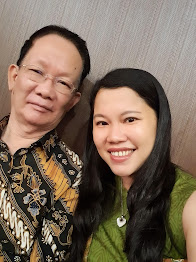 Kurt Erickson is the founder and director of Eleos Ministries and has been involved in full time ministry for over thirty-five years as church planter, pastor, chaplain and international speaker, traveling to nearly twenty-five countries, including many developing world countries and war zones.
He has lived for the past thirty years in the inner city of London working alongside the most vulnerable including the homeless, elderly, addicted and terminally ill.
He established the Church Without Walls in 1994, Eleos Christian Church (church within walls) in 1996 and the Eleos School of Ministry 2002 which has been involved in the training and encouraging hundreds of students including lay workers, pastors and leaders.
In his travels, Kurt has conducted numerous Hands of Mercy Seminars / Conferences designed to teach and motivate local churches to be more proactive in mercy ministries.
Leaving a life in show business 35 years ago, he now leads seminars surrounding topics such as ‘Christ in Culture’ and promoting a ‘Theology of the Arts’. He has established ‘Cabarets’ where performing and non-performing Christian artists can perform and exhibit their craft, while organizing poetry performance groups and encouraging younger Christian artists.
Kurt has two sons, both serving in ministry. Wesley, also a chaplain, is studying for a double master’s degree in Theology and Missions at ACU in Texas. Adam, living in London, is a music producer, ordained minister and bible teacher who is presently studying for his Master’s in Philosophy at King’s College, London.
Kurt Erickson
Eleos Ministries
Facebook
Worship Leader
Trevor Sampson
Johannesburg, South Africa 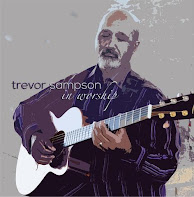 Trevor Sampson – an anointed singer, multi-instrumentalist, producer and sound engineer from Cape Town, South Africa – has been in full-time music ministry for 38 years. He started his journey of full-time music ministry with Youth For Christ, South Africa in 1980 and has since been allowed to minister from many of the world’s most desired gospel platforms.
For many years, Trevor has been a regular feature in the Billy Graham Global Satellite Link Up events as well as Franklin Graham’s Gospel Festivals. He was music director for Reinhard Bonnke’s Christ for All Nations evangelistic crusades and was music director and producer for Jesus Alive Ministries International’s television productions and regular crusades on the African continent for 12 years.
Trevor has released 12 solo albums and collaborated with a number of other christian artists.
Trevor has recorded many churches live over the past 35 years, including the Rhema Bible Church in Johannesburg – the Praise Africa projects having been his brainchild as a worship facilitator there. He has vast experience in arts, sound engineering and recording and he continues to share this expertise with many at grassroots level through regular workshops and seminars. Through this, Trevor has become a mentor and father to many of South Africa’s young, up and coming artists.
Trevor is the founder of Restoring the Sound. A ministry that reaches out to young people in at risk communities through music training. With the help of London College of Music of which Trevor is a Fellow and representative, these youngsters are able to get formal music training and be examined on a twice yearly basis.
He has been happily married to his wife, Tricia for 34 years and they have three children together: Bianca-Maree married to Tokoloho, Jason married to Joylin and David married to Sarah. They have two grand sons Trevor and Tyson and one grand daughter Mia.
Trevor and Tricia are also the SA Representatives for Psalmody School of Worship. They have been teaching Psalmody for the past 30 years in an unofficial capacity.
2016 has been the year of implementing Psalmody as far and wide as possible as Trevor’s Music ministry would take him through South Africa.
Trevor and Tricia are active members at Acts Christian Church Midrand www.actschurch.co.za which is their base and sending church. A fast growing and very healthy church.
Trevor Sampson
YouTube
Spotify
Facebook
Apple Music
Hosts
Howard & Joy Sands
Beautiful Feet Task Force
Penrith, Australia 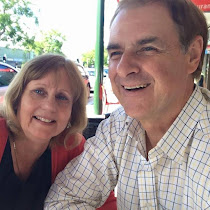 Howard is the founder and director of Beautiful Feet Task Force which recently celebrated 40 years of evangelism and leadership training in India, other Asian countries and across Africa. Howard has taken many small teams there to minister in evangelistic crusades and leadership conferences.
Howard & Joy started the Combined Churches Victory meeting in 2010 to help the church be all it could be and have brought ministers moving in the presence of God from all over the world to participate in this event with local pastors and leaders. Since lockdown restrictions due to Covid-19 the meeting has been online with zoom and introduced a variety of cutting edge leaders from many countries.
As  well as pioneering 2 Australian churches, they have ministered in churches across Australia, India, Sri Lanka, Indonesia, UK, U.S.A., U.A.E., N.Z., Hong Kong, Fiji, Romania, Uganda, Kenya, Tanzania, Burundi, Ghana, Cameroon, Togo, Benin, Nigeria, Malawi, Zambia, South Africa, Singapore and China.
Howard's passion is winning the lost to Christ, teaching believers to be mature followers of Christ and bringing unity across the church.
BFTF runs a social media platform Africa Network BFTF, for ministers of all kinds in Africa and those interested in missions to Africa. His recent book, The Foundations, helps to establish new believers and is the basis for a video teaching series to establish Africa Network Ministry Training School.
Facebook
YouTube
Africa Network BFTF

REGISTRATION
To get the zoom link to join this momentous live occasion
Where to Now?  - Register here and Join the mail list for this topic.
An email will be automatically sent to you with the zoom link.
You will also receive occasional email invitations and reminders to future special events associated with this topic as released by Beautiful Feet Task Force through partners, associates and ministries we relate
with from around the world. You can unsubscribe at any time.
You may also like to mark your attendance on Where to Now?3 Facebook event.
https://www.facebook.com/BeautifulFeetTaskForce/events/
TONIGHT'S OFFERING
1. PayPal – The safer, easier way to pay online!
Use PayPal or Debit or credit cards
https://bit.ly/VictoryMtg  Mark your donation SEP20
(debit & credit cards - VISA & MC accepted)
or
2. Bank account Direct Deposit
Beautiful Feet Task Force
Commonwealth Bank of Australia
BSB 062 614
Account 0094 0442
Mark your donation- SEP20
PARTNERSHIP
Considering partnership with Beautiful Feet Task Force to get the word to the world, win the lost whatever the cost, work for maturity and unity across the church. Check out the Patreon page.
https://www.patreon.com/BFTF
PREVIOUS EVENTS
videos are available at BFTF YouTube Channel here.
https://www.youtube.com/user/VideoBFTF
Subscribe to YouTube channel get notifications as new videos are added.
Posted by Howard Sands at 14:53