What does the death of Jesus really mean?

It is said that Jesus died on our behalf.
So what does this substitutionary death refer to? 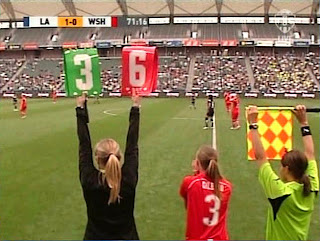 As in sport, when a player is substitited, one player comes off so that another player can go on.
Christ came out of fellowship with God at the time of his death so that you may go in to fellowship with Him.
That enigma of spiritual death, the spirit separated from God at the time it is separated from body.
We all will die naturally ,
As the body without the spirit is dead, James 2:26

8 This is why it[a] says:  “When he ascended on high,  he led captives in his train  and gave gifts to men.”[b]   9 (What does “he ascended” mean except that he also descended to the lower, earthly regions[c]? 10 He who descended is the very one who ascended higher than all the heavens, in order to fill the whole universe.)
Ephesians 4:8 This is a quote from Psalm 68:18
He not only died, but rose again.
The physical resurrection of Jesus is only to show that he spiritually rose from the grips of death and hell all triumphant. That He was separated from God but overcame that separation by rising triumphant, the conqueror of death and hell.
The devil had the authority on earth

The Temptation of Jesus

5 The devil led him up to a high place and showed him in an instant all the kingdoms of the world. 6 And he said to him, “I will give you all their authority and splendor, for it has been given to me, and I can give it to anyone I want to. 7 So if you worship me, it will all be yours.” Luke 4:5-7
But Jesus did not bow down to him.
Jesus suffered death and defeated the devil in his own backyard.
8 This is why it[a] says:   “When he ascended on high,  he led captives in his train  and gave gifts to men.”[b]   9 (What does “he ascended” mean except that he also descended to the lower, earthly regions[c]?
Ephesians 4.8/9
Jesus now has all authority
After the resurrection He said to his disciples.
Jesus came to them and said, “All authority in heaven and on earth has been given to me. Matthew 28.18
Now Jesus has the keys of death and hell
I am the Living One; I was dead, and behold I am alive for ever and ever! And I hold the keys of death and Hades. Revelation 1:18

He has tasted death (separation from God) for everyone, now it is up to everyone to accept, appropriate and live in, the benefit of the gift He has given.
Have you received  this precious gift, the gift of forgiveness, the price paid for your sin by someone else who did nothing to deserve such punishment and separation from God. If not, then spend a few a moments in prayer and ask God to apply the forgiveness bought by Jesus on your behalf to you you personally. Acknowledge your sin and need of a saviour. Believe He is the Son of God and died  on your behalf to pay the price for your sin. Confess Him as Lord of your life. Receive Him as your Lord and saviour and come into relationship with God through Jesus Christ today.
Posted by Beautiful Feet Task Force at 15:47